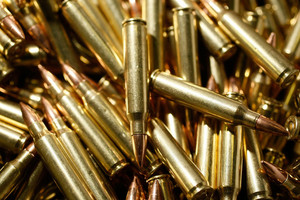 NEWTOWN, Conn. — The National Shooting Sports Foundation, the trade association for the firearms and ammunition industry, has filed a motion to intervene in the frivolous lawsuit brought by the anti-hunting Center for Biological Diversity (CBD) and six other organizations to force the Environmental Protection Agency (EPA) to ban traditional ammunition containing lead components.

By intervening in the case, NSSF seeks to ensure that the interests of the firearms and ammunition industry are protected and to ensure that hunters and target shooters still will be able to select the ammunition of their choice. “A ban on traditional ammunition would have devastating consequences for our industry, hunters, target shooters and all firearm owners, and wildlife conservation funding,” said Lawrence G. Keane, senior vice president and general counsel.

The EPA already has twice denied petitions filed by CBD to ban traditional ammunition, noting correctly that it does not have the legal authority to regulate traditional ammunition under the Toxic Substances Control Act (TSCA). The EPA denied the CBD’s petition earlier this year. CBD’s original petition was rejected by the EPA in August of 2010.

In the lawsuit filed on June 7, the plaintiffs–the Center for Biological Diversity, Cascades Raptor Center of Oregon, the Loon Lake Loon Association of Washington, Preserve Our Wildlife of Florida, Tennessee Ornithological Society, Trumpeter Swan Society and Western Nebraska Resources Council–seek to use the TSCA to force EPA to prohibit or significantly restrict the manufacture and use of traditional ammunition.

“This is a frivolous lawsuit clear and simple,” said Keane.

NSSF’s motion to intervene points out that currently 95 percent of ammunition is made with lead bullets or shot and the remainder with alternatives to lead such as steel and copper. Consequently, the motion points out, domestic ammunition manufacturers will, at great cost, have to redesign products, re-tool and significantly change their manufacturing processes.

Banning traditional ammunition will increase the cost of purchasing ammunition, on average, up to 190 percent, which will impose a burden on industry members, hunters and sport shooters. Higher ammunition prices will result in reduced sales and a loss of jobs, as well as a reduction in collection of the excise tax (11 percent) on ammunition that is a primary source of conservation funding in the United States.

The motion also raises the concern that a ban on traditional ammunition will force weapons manufacturing jobs offshore since even the plaintiffs agree the EPA could not ban or regulate the import, sale and use of foreign-made ammunition. “An EPA ban on traditional ammunition will destroy tens of thousands of well-paying U.S. manufacturing jobs,” said Keane. Read the full NSSF motion to intervene.

Keane added that a ban is unwarranted because there is no sound science showing that the use of traditional ammunition is having a harmful impact on wildlife populations that would justify changes to current laws or regulations. “Any localized issues of concern are appropriately addressed by the professional wildlife biologist in the state fish and game agencies, not bureaucrats sitting behind desks in Washington, D.C.”

Contrary to the plaintiffs’ claims, a 2008 study by the Center for Disease Control and Prevention showed there is no risk to the health of hunters who consume game taken with such ammunition.

A similar lawsuit by the CBD filed in late 2010 challenging the EPA’s denial of its initial petition to ban traditional ammunition was dismissed last year by a federal judge.

NSSF points out that the lawsuit highlights the need for all federal firearms owners, hunters and target shooters to urge their senators to support The Hunting, Fishing and Recreational Shooting Protection Act (S. 838), which would make abundantly clear that the EPA cannot regulate ammunition under the Toxic Substances Control Act. A similar bill passed the House of Representatives in April as part of the Sportsmen’s Heritage Act (HR 4089).

Recently, S. 838 was included as part of an unsuccessful amendment offered to the Farm Bill by Senators Jon Tester (D-Mont.) and John Thune (R-S.D.), the Senate co-chairs of the bipartisan Congressional Sportsmen’s Caucus. Keane said NSSF will renew its efforts to work with Senators Tester and Thune to pass this vital piece of legislation.

About NSSF
The National Shooting Sports Foundation is the trade association for the firearms industry. Its mission is to promote, protect and preserve hunting and the shooting sports. Formed in 1961, NSSF has a membership of more than 7,000 manufacturers, distributors, firearms retailers, shooting ranges, sportsmen’s organizations and publishers. For more information, log on to www.nssf.org.

Posted in News | Leave a response